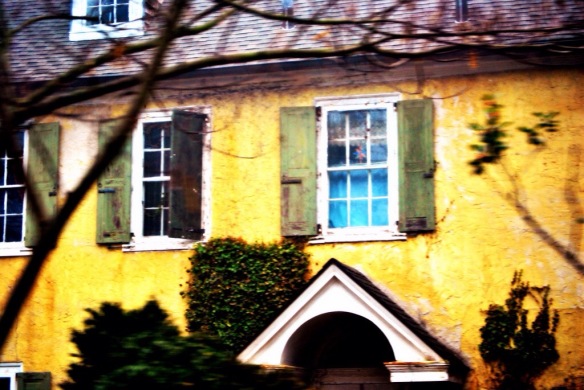 Malvern Borough has woken up to the real concept of historic preservation.

The bad news is will it do any good?

I am a huge believer in historic preservation, do not misunderstand me. It’s just that I have seen too many fights to try to save too many historic properties which have failed. And they have failed not because there wasn’t interest in historic preservation, they failed because zoning on local and county levels were inadequate and hamstrung because as I have said for years, at the state level, the Municipalities Planning Code of the Commonwealth of Pennsylvania is woefully out of date, isn’t it?

Pennsylvania is a private property rights state. It is also a state with some powerful building, developer, construction lobbyists up in Harrisburg. A few short years ago for brief shining moment there was a proposed law on the books that would allow municipalities to an act a short-term moratorium on development. It was HB904 during 2007 and 2008. It has long since disappeared like it was never even a concept which existed .

A famous recent example of what could not be saved of historic import was La Ronda. It was demolished in 2009.

La Ronda was in Lower Merion Township where I used to live. Innumerable people locally,regionally, and nationally worked with politicians in Lower Merion to try to save the historic Spanish Gothic mansion. I photographed the last few months of the mansion from outside it’s gates and the October 1, 2009 demolition day.

My point is this: Lower Merion is a very powerful municipality. They have a very organized historical architectural review board or “HARB” and historical society and STILL more is lost than is saved. I’ve observed similar situations in Radnor Township. Not trying to be Debbie Downer on this because I applaud Malvern Borough for finally trying to put mechanisms in place, but in the end will it do anything if local municipalities don’t lobby there state elected officials to update what needs updating in Harrisburg as well?

I also in the past worked to put a former neighborhood into a historic district. I’m still waiting and trying to figure out what it actually does to help in the end because since I moved away from this neighborhood there’s just been more development and I haven’t seen or heard of any active preservation.

Again, I am not against historic preservation, I am very much in favor of it. But historic preservation needs to have MORE things on a state level to back it up. And it has always been my belief that in addition to fabulous things like Preservation PA, there needs to be an update to the municipalities planning code because that is the state bible that drives local zoning ordinances, correct?

A more holistic approach is needed so local municipalities from the tiniest of boroughs to the largest of cities have more tools in there tool box to help them preserve their communities historically and in general.

I’m glad Malvern is taking these steps, but I also wonder if they will actually have enforceability with what they want to do? Or if one good Municipal Court challenge by someone will knock it out? What is Malvern Borough doing NOW about the properties which you would think were historic but seem to be falling apart?

Malvern Borough Solicitor Wendy McLean was quoted as saying “This is a much less obtrusive ordinance than most” and supposedly those who didn’t follow the ordinance if enacted would be subject to fines equal to a property’s market value? I just don’t see how they would be able enforce something like that. Maybe they could but is there case law on this before they go forward and spend taxpayer money to enact an ordinance like this? I get it, Malvern Borough is a small municipality finally trying to preserve its character. But if they don’t enact ordinances that they can’t defend in court they could possibly bankrupt themselves in legal fees couldn’t they?

What I don’t see in the media coverage is if Malvern Borough’s solicitor also went over similar ordinances in other communities? I agree Malvern has to begin somewhere, it’s just from reading through the ordinance I just can’t see a developer not being able to knock holes in it as it stands right now. And what will this ordinance do for all the structures in the borough which are currently “demolition by neglect”? How will they handle people who wish to be grandfathered from the ordinance?

Here is the language of what is being proposed – it can be found on Malvern Borough’s website, just CLICK HERE.

Here is the news on this:

Malvern, which celebrated its 125th anniversary last year, wants to add an extra step to its building-permit process to preserve historical properties.

The borough is considering a process to review all proposals to significantly alter or demolish historic properties or resources. Officials would work with property owners to try to preserve that which makes the structures historical.

According to a proposed ordinance that would create a Historical Overlay District, the protection of about 250 primarily residential structures is a matter of “public necessity.”

“We have a handful of them that were around during the Revolutionary War,” said Zeyn Uzman, chair of the borough’s Historical Commission. “Unfortunately, one of them will probably be torn down in the next six months.”

Uzman explained the potential ordinance to about 70 residents at a meeting Tuesday night at a church.

A developer plans to build residential units at the site of a house on Old Lincoln Highway that dates to the 1780s. The Historical Commission estimates that the house is the second- or third-oldest structure in Malvern.

The ordinance, which must be approved by the borough council, cannot protect properties from being demolished, but it would allow the borough to preserve the history of those places, Uzman said.

“If we’re going to lose a structure, we at least want to go in there and take pictures and document as much as we can,” he said. Currently, borough officials are not permitted to enter someone’s residence to document it.

1 thought on “malvern borough wakes up to historic preservation”