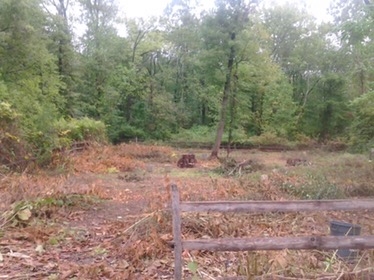 Ever since my last go round with those fine folk at the AME Church (national and Mother Bethel in Philadelphia), I will admit I had somewhat lost faith in yet another organized religion.  After all, every time I or most have contacted them about the 184 year old ruin of Ebenezer AME on Bacton Hill Road and her graveyard the AME people have either blown people off or been generally speaking, impolite.

So when this nice man contacted me through Save the Ruins and Cemetery of Ebenezer AME Church Frazer PA and said he was going to get Boy Scouts and volunteers in there to clean up AND would get the AME Church to say OK, I was so glad to hear it, but didn’t hold out much hope given how the church had been treating myself and others.

His name is Al Terrell. The Boy Scouts are from the Willistown Troop.  And there are others. Bible study folks from Al’s bible study and Lee’s Lawn Service. And more. And this is just the beginning.

Look at the photo above. Taken this morning. October 1, 2016. I have tears in my eyes writing this.

Ann Christie are you watching from heaven?

I learned a lesson here to have more faith in humanity. The good guys do exist and do prevail.

Mr. Terrell wants to get this place saved in perpetuity. And get the church restored.

My faith is renewed. Going to visit today. I have to say hello to my soldier, Joshua.

184 years of history. It does mean something to people. 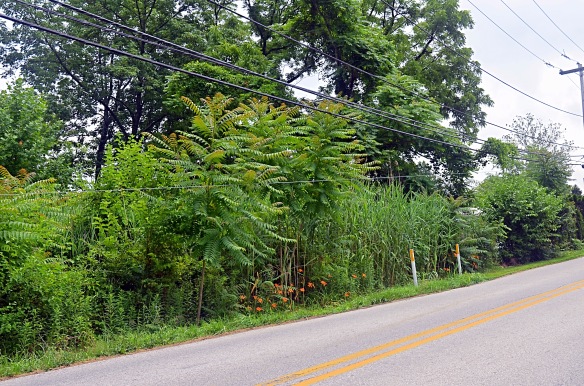 Ebenezer in June , 2016 the day we were there with Kristin Holmes from the Philadelphia Inquirer